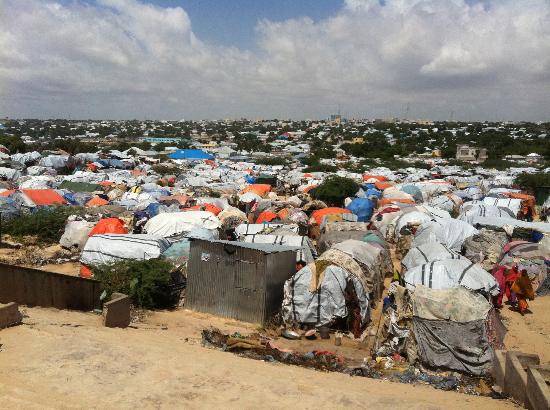 Three children have died of hunger and dozens of other are on the brink of death in Mogadishu.

It also sent out an urgent appeal for food donations for those in displaced camps.

According to sources, three children died from extreme hunger at IDP camp near Mogadishu.

The sides launched 2020 HRP which aims to provide food assistance monthly to 2.1 million people in Horn of Africa nation.

The plan is expected to support access to education for more than 300,000 children, provide health assistance to 2.5 million people, deliver safe water to more than 1.2 million people and non-food items to 1.24 million people, and address conflict-related protection concerns including the risk of gender-based violence.

According to the HRP, more than half of Somalia’s population live below the poverty line, noting that huge food and nutrition gaps exist among poor agro-pastoral, marginalized and displaced communities.