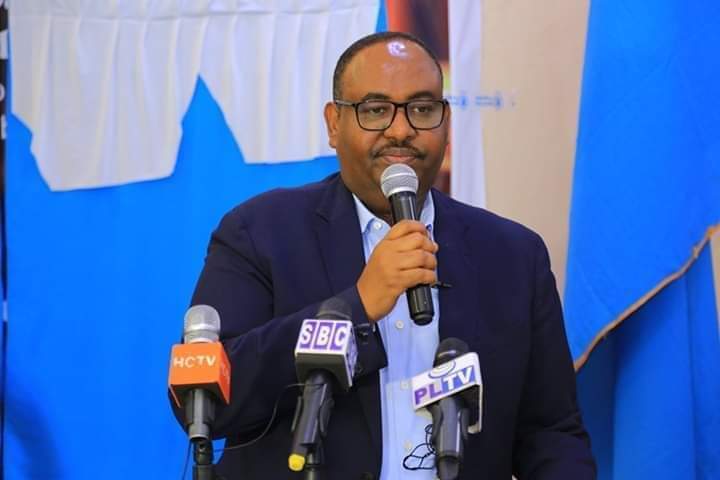 The leader of Somalia’s northeastern regional state, Puntland, Saed Abdullahi Deni has urged the federal parliament to support the election deal signed by president Mohamed Abdullahi Farmajo and the leaders of federal member states in Mogadishu.

Deni who was speaking at a welcoming ceremony held in Mogadishu, Deni stated that due to time limit, the country could not head universal suffrage.

He noted that both federal and regional leaders came up with suitable electoral modality which could lead the country toward peaceful and inclusive elections.

The remarks of the leaders comes four days after the leaders agreed on 14 points which mostly reflects the 2016/17 elections.

This would mean the current National Independent Electoral Commission will not run the elections but instead a temporary body, as earlier pushed for some of the FMS leaders will take charge.

The electoral process will kick off from November 2020, the communique notes but did not set specific timelines on when the elections will take place.

Senators will, just like in 2016 be elected by the FMS parliaments while both Senators and MPs representing clans in Somaliland will be done in Mogadishu.

The agreement will be submitted to the parliament for approval.

Halqaran - November 7, 2020 0
The Tragedy of Somali Foreign Policy By - Ahmed Roble      “More than ever, foreign policy is economic policy. The World is competing for resources and...