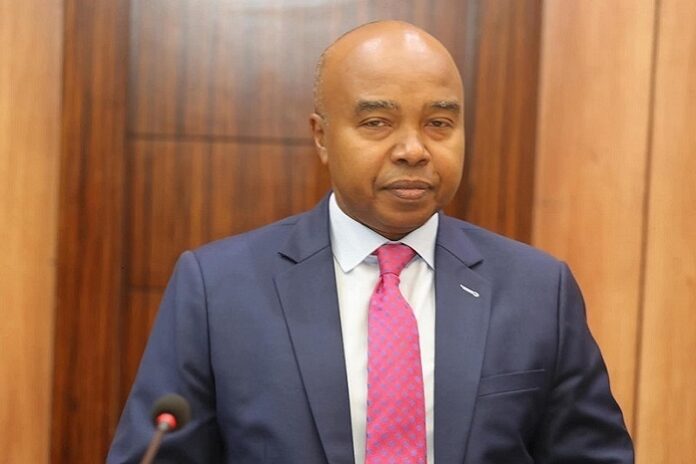 Somali foreign minister, Mohamed Abdirisack Mohamud has accused leaders of Puntland and Jubbaland states of dragging their feet to implement an electoral process deal by the federal government and its member states.

Addressing UN Security Council on Monday evening, the minister said the two leaders who are among the signatories of the agreement remained obstacle to the agreement.

“Regrettably, the two FMS leaders who were the penholders for the 17th September political agreement have remained a constant obstacle to its finalisation,” the minister said.

“They once again refused to attend the meeting, once again choosing to hold ransom the aspirations of the Somali people for stability in an effort to achieve a transition in an democratic manner,” Abdirisack blamed Ahmed Mohamed Madobe and Said Abdullahi Deni, leaders of Jubbaland and Puntland states respectively.

He blamed the states for choosing to offer a tacit support to a planned protest by prospective presidential candidates.

The Council of Presidential Candidates on Monday announced new rally which is planned to take place on next Friday.

Halqaran - February 24, 2021 0
Somalia has suspended applications and issuance of passports to stop the spread of coronavirus in the country. In a Facebook post, the country’s department of...